In the six months since the organization was renamed Verista, with a new mission, the board has taken concrete steps toward fulfilling that mission.

In its board meeting today, the Verista board elected two new members, Ann Ravenstine and Arnold “Skip” Isaacs. Their biographies are on the Board of Directors page.

The five members voted unanimously to:

-Offer sponsorship to News Lens Pakistan, an independent news organization which Board President Lisa Schnellinger launched in her role as President of NearMedia LLC. News Lens is owned by the Pakistani nonprofit Media Foundation 360.  Verista will accept contributions via PayPal on behalf of News Lens and will pass through any fees from PayPal.

-Clarify the fiscal sponsorship of Herb Bus to ensure that it meets legal standards.

Baraka is a name we’ve used and loved since 2007. It means “gift” or “blessing,” and that seemed especially appropriate for our fundraising mission then.

As our mission evolved, we needed a name that would encompass the story better. All the standard words to describe it have been misused and abused into meaningless oblivion.

So we decided to make one up.

We believe that the pursuit of truth underlies high standards in any profession. Verify, verity, verifiable, verdict, veracity – all come from the Latin root ver meaning “truth.”

We also wanted to convey that our outlook is 360 degrees. We aren’t limited by culture, geography, or other traps of the mind that limit our thinking. The word that best captures that sense is “vista.” The root is vis meaning “to see.”

Ver-vis didn’t have much ring to it, but we tried other combinations – and Verista emerged. It carries the spirit of meaning in a new word that is easy to pronounce and spell. It also has a  vitality that we hope will communicate how we feel about our mission.

Culminating a discussion that has been ongoing for the past year, the board of Baraka Foundation unanimously approved today a new mission statement for the organization.

The mission reflects a broad definition of “media,” to include media development, arts projects, public information and education, particularly in assistance to emerging media overseas, but also in the United States:

Our mission is to promote best practices in media worldwide. Our activities are to provide training and administrative and technical support for emerging media, including public information, education and artistic ventures, in Asia, Africa and the Middle East as well as in the Southern Appalachians, home of its regional headquarters. We specialize in using technology to engage and assist colleagues, in particular via distance learning methods. People who work for us are professionals who uphold the highest standards of quality and integrity.

For 2014, Baraka Foundation disbursed more than $4,300 in earmarked donations to the Herb Bus through its fiscal sponsorship program.

Building community through herbalism, this mobile herb clinic provides herbal first aid and earth-based constitutional medicine to underserved populations.  We are currently hubbed in Atlanta, Georgia. The Herbalista Free Clinic, traveling via the Herb Bus, also serves as a mobile classroom.  We share the Herb Bus model with communities and herb schools around the country.

At the November 2 Artful Table event, the Bowen Center for the Arts in Dawsonville invited Baraka Foundation to sell goods from Afghanistan in its merchant souq.

The Dawsonville group gave a warm welcome to the charity sales table. All $318 in sales went to the Baraka Foundation’s fund for girls’ education in Afghanistan.

Arif Shafi was in high spirits last weekend. After years as a freelancer, the young journalist had landed a job with a news agency in Kabul. He would be leaving Pakistan on Tuesday to start work as an editor with Pajhwok Afghan News on May 1.

Monday morning, on the way to an assignment, he stopped to buy a newspaper near Hayatabad, Peshawar. As he stood at the newsstand, a suicide bomber rammed an explosive-laden motorbike into a nearby police van, killing 10 people and injuring more than 60.

Shafi, 37, was among the dead. Shafi was known as a promising and hardworking journalist among colleagues and friends, including the team at UPI Next Pakistan, where he was a contributing reporter. He leaves behind a widow and three children: son Khizar, 7, and daughters Maleeha, 6 and Yusra, 4. Shafi regularly contributed to several news outlets as a reporter and editor, include Pajhwok, Afghanistan Today, PACT Radio and Youth View Magazine. A collection of his recent articles can be viewed at his blog and at Google Plus.

He earned a master’s degree in International Relations from the University of Peshawar.

Shafi had worked in the English service at Pajhwok Afghan News in Kabul in 2011-12. There he met Lisa Schnellinger, Baraka Foundation Board President, who manages the UPI Next Pakistan project.

Schnellinger said she is “heartsick” about Shafi’s death. “Arif was one of the most diligent reporters  contributing to UPI Next’s political Wiki creation and story mentoring process.

“Some journalists take the lazy route; not Arif.  This is a terrible loss for Pakistan at a time when the country so desperately needs honest and hard-working people like him.”

Baraka Foundation has become the fiscal sponsor for the Herb Bus, a mobile clinic and classroom that distributes herbal health care and education to underserved populations.

The Herb Bus, a project of Herbalista, supports people in Atlanta and rural areas of Georgia.

Baraka Foundation will process donations via check, cash or PayPal for the Herb Bus.

Make donations and read more about it here: Herb Bus Visitors to the Harris Arts Center in Calhoun can view the fourth exhibit of “Beyond the Mountains.”

Configured across three rooms, the exhibit intermixed photographs with the Afghan textiles and soaps that were being sold for the girls’ school. Free audio guides narrated the story. Lisa Schnellinger and Tom Willard will be giving a talk about Afghanistan and the exhibit on September 6 at 6:30 pm, with a reception to follow. 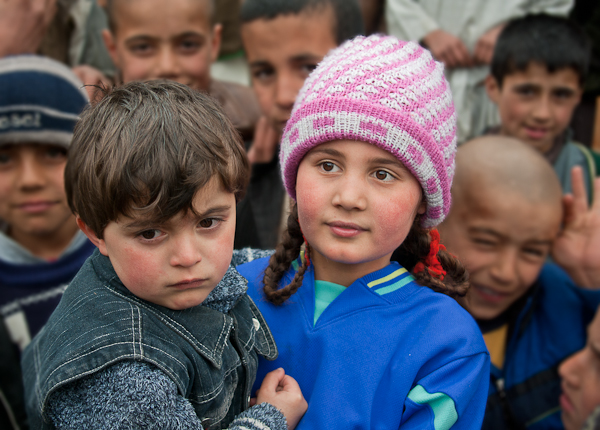 The Sequoyah Chapter of the Daughters of the American Revolution (DAR) on April 5 hosted Lisa to give a talk about Afghanistan.

The chapter contributed to the school and members also bought Afghan textiles, for a total of $258.

The chapter was “honored” to hear about the country and the school, wrote corresponding secretary Pat Reid. “Your firsthand knowledge of Afghanistan; the people, especially the women; and the many positive changes you’ve seen in the last 10 years provided so much hope,” she wrote.